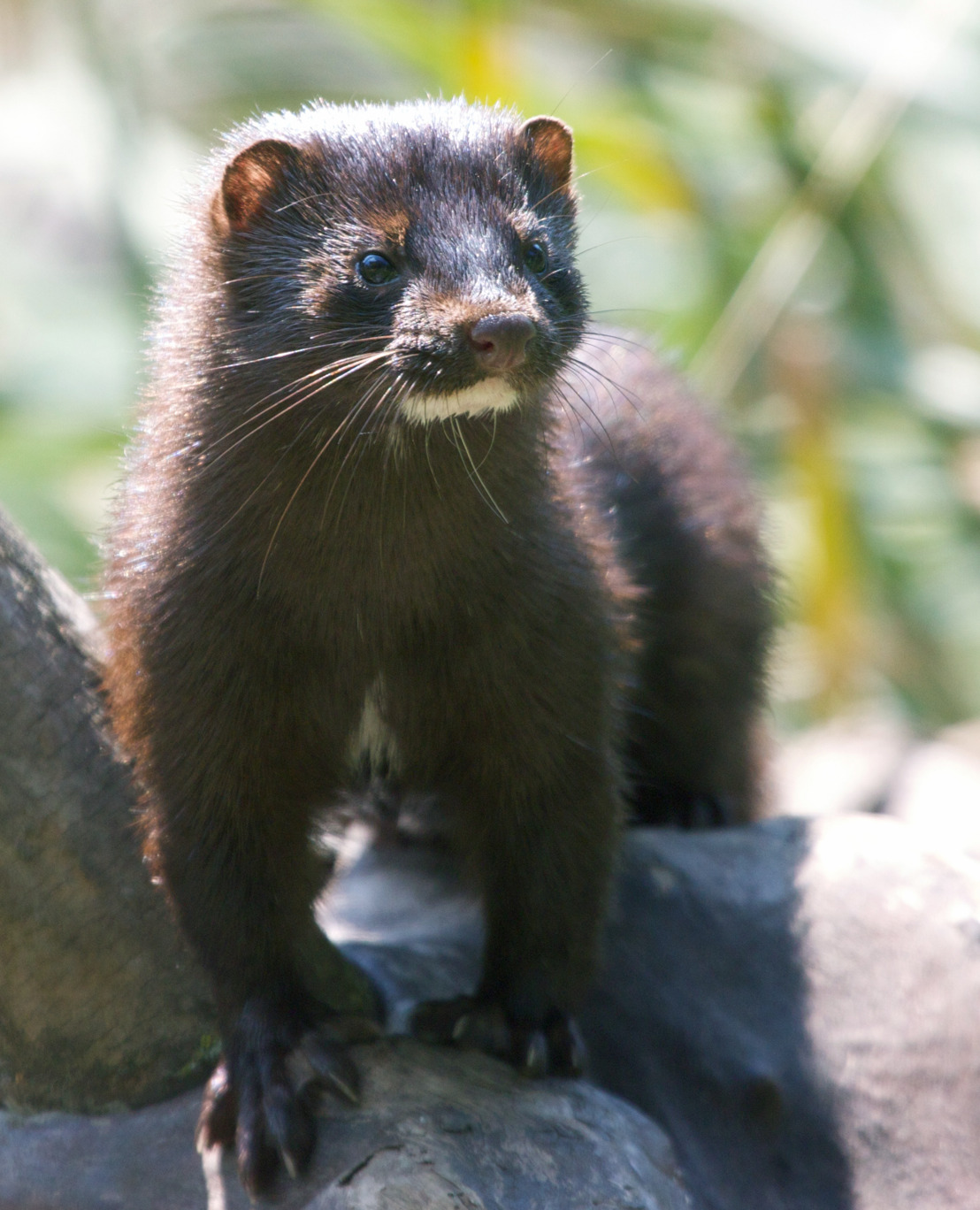 Monday, July 23, 2018 — After campaigning for well over 20 years for a ban on fur farming and force-feeding for foie gras production, GAIA-president Michel Vandenbosch applauds the decision of the Flemish government which accepted the initiative of Flemish animal welfare minister Ben Weyts (N-VA) to end the suffering of hundreds of thousands of mink and ducks!

By 1st December 2023 at the latest, fur farming and force-feeding for foie gras production will be forbidden in Flanders. "30 years ago, I was one of the founders of the first anti-fur group in Belgium. At the time, I could only dream of a ban", says Michel Vandenbosch.  GAIA has been campaigning for well over 20 years to end fur farming and force-feeding for foie gras production. The Flemish Government will provide a financial compensation.  The sooner companies close down, the higher the compensation will be. GAIA hopes they will all shut down as soon as possible. "The sooner, the better", says Michel Vandenbosch

In Flanders, 17 mink farms currently breed and kill approximately 200.000 animals annually for their fur. The animals spend 7 tot 8 months in tiny wire cages until they are gassed and end up as a garment or accessory in a clothes shop. Mink are wild animals. Locked in cages they display disturbing, abnormal, compulsive behaviour: incessantly jumping up the sides of their cages, running round in circles, self-mutilation... "Breeding and killing animals for their fur is completely outdated", pinpoints GAIA-president Michel Vandenbosch. "A large majority of the Flemish people shares this opinion."

The Walloon and Brussels Regions prohibited fur farming in 2015 and 2017 respectively. Surveys show time and again there is no public support for fur production. A recent survey, conducted by Ipsos on behalf of GAIA in 2015, reveals that 85% of the Flemish population agrees to a ban on the breeding and killing of animals for their fur.

Over the past years, GAIA stepped up the fight against fur farming in Belgium. In 2011, GAIA joined forces with Jean-Claude Van Damme and together they launched 'The Victims' campaign. In December 2017, Pamela Anderson herself wrote a letter to Flemish animal welfare minister Ben Weyts.

Currently, 10 European member states have banned fur farming: the United Kingdom, Austria, the Netherlands, Croatia, Slovenia, the Republic of Bosnia and Herzegovina, Serbia, the Republic of Macedonia, the Czech Republic and Luxembourg. With the Flemish ban, Belgium becomes the 11th member state to put an end to a cruel and obsolete industry. Famous luxury fashion brands such as Gucci, Armani, Hugo Boss, ...  no longer use fur in their collections. "There has been a shift in the fashion industry and fashion and ethics are going hand in hand more often. We are delighted that Flanders is now also contributing to a fur free world", says Vandenbosch.

A halt to force feeding