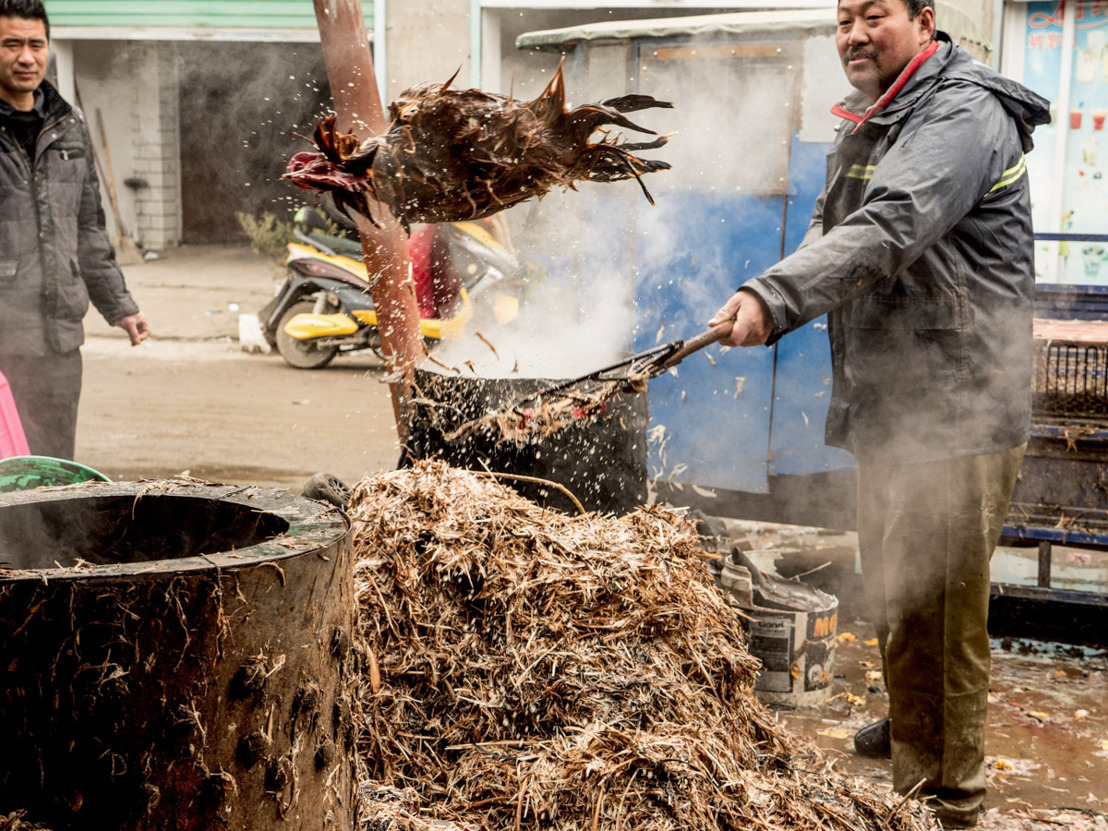 Woensdag 25 maart 2020 — GAIA’s position is clear: it is, besides an analysis of the effects of COVID-19 on human health and the economy, needed to identify the deeper underlying cause of COVID-19 and tackle it. GAIA finds that the World Health Organisation (WHO), as soon as the tidal wave of contamination dies down, must intervene and urge involved countries worldwide to take drastic measures against wet markets, trade in bushmeat and wild caught animals and live cattle transports to third countries (these live transports may spread animal diseases too). A bold approach is also required to tackle other practices that facilitate the spread of potentially life-threatening viruses and may be the underlying root cause of epidemics, animal diseases, and pandemics,’ says Michel Vandenbosch, President of GAIA. ‘Europe as well must insist on this matter and take necessary measures.’

The epicenter of COVID-19 is known: most probably a so-called wet market in the Chinese city of Wuhan. Anyone familiar with images of wet markets – where meat and live animals, such as peacocks, rats, porcupines, bats, palm civet cats, and a distasteful level of animal suffering play the leading role – may observe the complete absence of (even minimal) animal welfare-, hygiene-, food safety-, and health standards. It is worrisome to observe that wild animals are slaughtered-on-the-spot, in the same blood pool of blood and by the same hands that slaughtered a chicken lying next to it. Intestines are splayed out everywhere. And, just as in the case of SARS, the new coronavirus transmitted from animal to human.  Both animals and humans seem to have ended up as victims in this crisis.

Guilty neglect
Years ago, the outbreak of the SARS virus was likely caused by the transmission of the virus from bats to palm civet cats and eventually to humans. Yet the concerned government failed to, once and for all, close the wet markets and tackle the trade in wild caught animals effectively. This (lack of) effective action amounts to guilty neglect,’ said Vandenbosch. ‘The new coronavirus has most probably a similar origin.’

The current worldwide crisis allows us to clearly see the magnitude of the problem. In order to manage the crisis, China decided to impose a temporary ban on these horrific wet markets: 20,000 farms had to close down and the trade in 54 animal species (that before could be legally traded) has been temporarily prohibited across the borders. ‘And rightly so. In any case, these measures are insufficient and only temporary,’ states Vandenbosch. Although the Standing Committee of the Chinese National People’s Congress seemingly decided to prohibit the trade and consumption of terrestrial wild animals for food-uses, it remains to be seen whether this decision will be put into law. ‘Are we soon going to go back to business as usual? In any case, monkey meat and meat from other wild animals is still sold in the Matonge quarter in Brussels.’

So now what?
‘No more half measures,’ according to Vandenbosch. Most importantly, the WHO must urge involved governments to shut down wet markets.  As discussed, wet markets are places of incredible cruelty where a revolting lack of elementary food safety and hygiene prevails. The capture of wild animals from nature must be banned. Moreover, bushmeat monitoring must be more stringent. Widespread practices that may cause catastrophic animal diseases, epidemics, and pandemics must be tackled drastically. If not, we may, in a few years, face a new coronavirus that is transmitted from wild animals to humans again, and may cause worldwide destruction, again. Europe has to take on a leading role."