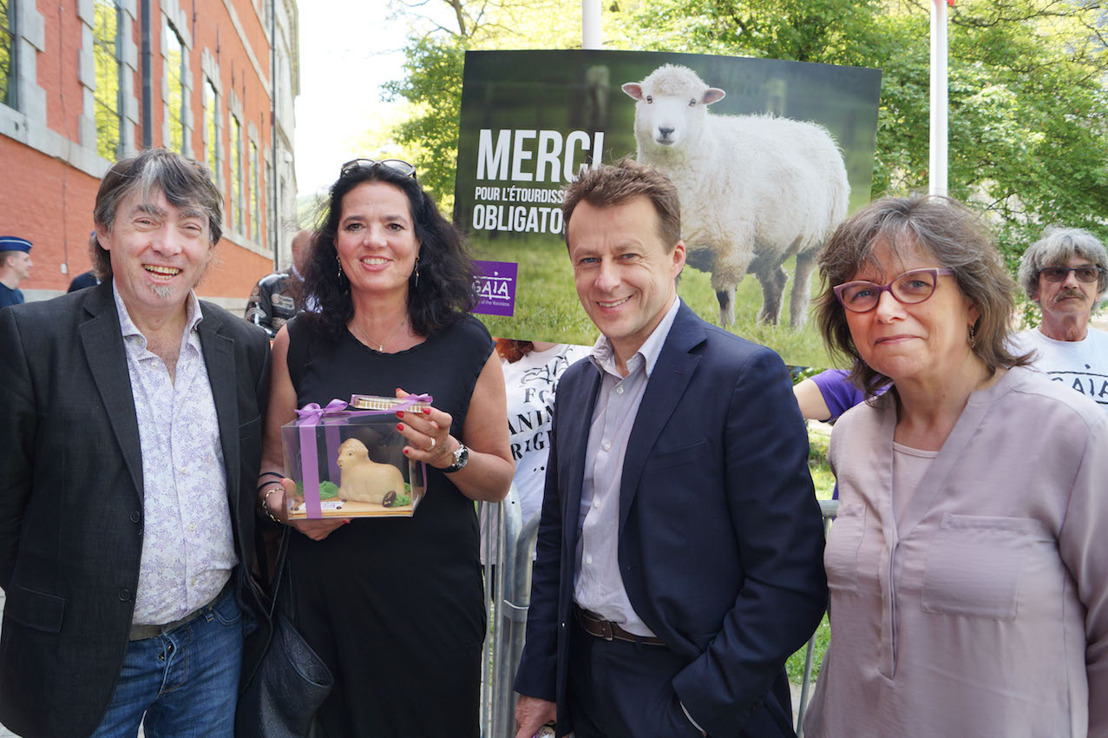 Wednesday, May 17, 2017 — The ban on slaughter without stunning was accepted with 69 votes in favour, 0 votes against and 3 abstentions.  The Walloon Parliament accepted the decree proposal of Josy Arens (cdH) and Christine Defraigne (MR). It was countersigned by Edmund Stoffels (PS) and supported by the Walloon Animal Welfare Minister, Carlo Di Antonio as well as the Walloon Government.

The following political parties voted in favour of a ban: cdH, PS, MR and Ecolo (1 abstention).  The PTB fully abstained. Their MPs strongly defended slaughter without stunning during the morning discussions. They even claimed that stunning causes more suffering!

GAIA hopes that all involved religious communities will finally show common sense and understand the importance of this decree, which balances animal welfare with religious freedom. “The richness of a society also shows in the willingness to allow traditions to evolve,” concludes Michel Vandenbosch.