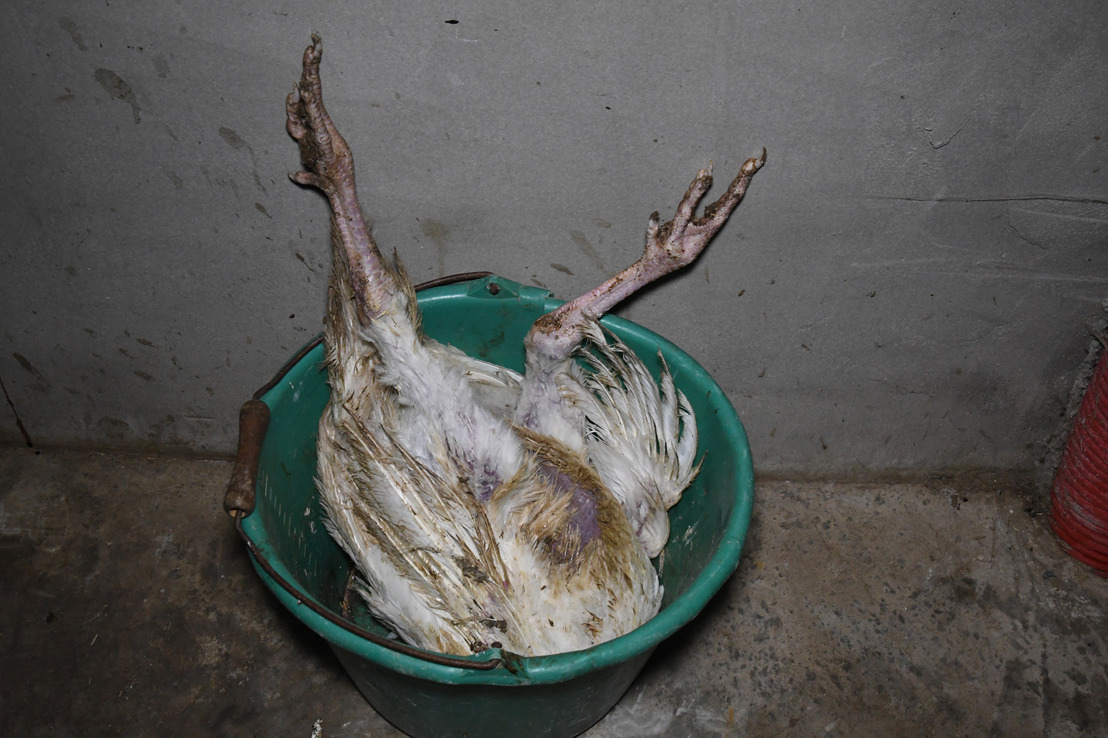 In the last three years, more than 750,000 turkeys have been bred and slaughtered annually in Belgium. However, our country has no specific legislation to protect the welfare of fattening turkeys. The turkey is completely forgotten by the legislator. There are no clear legal limits to the occupancy density: a breeder decides how many turkeys to stuff into a poultry house. “Cramming even more turkeys together is practically impossible because then hardly any animals would survive and the mortality rate is already so high,” stresses Michel Vandenbosch. “The absolutely abominable to appalling conditions our observers found in the turkey farms visited is the best evidence of where the lack of legislation leads.”

After chickens, turkeys are the most frequently slaughtered poultry in Belgium. With twenty-five breeding farms, the typical intensive turkey farming is located in Flanders. GAIA filmed the living conditions of fattening turkeys in three farms in Flanders. This situation is hideous: the turkeys live in their own faeces and the faeces of their fellow turkeys in overcrowded farms and experience damaging pecking behaviour due to, among other things, the fact that the pecking order is disrupted by having so many animals crammed together in such a small space. GAIA observed many turkeys with all kinds of lesions and disgusting necrosis on the head and flanks (dead skin where injuries were inflicted on the body due to pecking). Because the breed used in intensive turkey farming has been selected for rapid growth, turkeys grow so fast (males go from 170 grams to about 16 kilos in 16 weeks’ time) that many turkeys suffer from lameness. Some can hardly stand upright any more, become completely immobile, lie in a split position, and die of hunger and thirst because they can no longer reach the drinking and feeding trough. The birds can’t clean their plumage either, which is a vital need. “We can assume that the images are representative of the current intensive fattening turkey farming in Belgium,” says Vandenbosch. “The whole system is a disgusting mockery of the notion of animal welfare.”

The current state in the Flemish turkey farms is completely unacceptable. There is an urgent need for specific animal welfare legislation with concrete standards to protect the turkey. We ask that the legislator at least enshrines the first-level criteria, the 1-star ‘Beter Leven Keurmerk’ (Better Life Quality label) – and preferably 2 stars – in legislation. For example, a slower-growing breed, more space for the animals, access to an outdoor pen and daylight, and bedding material of a sufficient quality must be imposed. “The welfare of the turkey was completely forgotten by the legislator. There is an urgent need to change this.”

GAIA is calling on everyone to sign their petition on madindenoel.be The organisation also hopes that less turkey will be eaten this Christmas.