Thursday, April 14, 2016 — From now on the Antwerp Zoo and Planckendael will apply a no kill policy regarding "surplus" animals. This means that otherwise healthy animals that are problematic in the breeding programme will no longer be slaughtered and fed to the zoos’ carnivores. This decision is enshrined in a charter, drafted in consultation with GAIA and presented today to the press at Antwerp Zoo, in the presence of Ben Weyts (N-VA), the Flemish Minister for Animal Welfare. He had insisted that both parties consult on the issue to find a solution. Michel Vandenbosch, President of GAIA, commented: "This decision is a first in Europe, and I hope it will set an example."

Last year, a shock wave ran through Belgium, when GAIA revealed how Planckendael had killed a Scimitar Oryx and two bison – all healthy animals and scarcely a year old - before feeding their remains to other animals in the zoo; a practice deemed unacceptable by GAIA. In 2014, the Copenhagen Zoo drew fire from critics when it killed the baby giraffe Marius and fed him to predators while visiting children watched. Fortunately, Dries Herpoelaert was far from indifferent to GAIA’s criticisms. Mr. Herpoelaert, Director General of the Royal Zoological Society of Antwerp (KMDA), which manages both the Antwerp Zoo and Planckendael, invited GAIA to discuss the issue. Subsequent exchanges between Mr. Herpoelaert, Linda Van Elsacker (Director of Research and Development of KMDA, Ilse Seghers (Spokesperson of the KMDA), Michel Vandenbosch (President of GAIA), and Ann De Greef (Director of GAIA) resulted in a jointly decided no-kill charter for the two zoos.

"Both zoos undertake to limit the number of surplus animals in the breeding programme to an absolute minimum, and to actively look for ways to constantly lower this limit," says Dries Herpoelaert. "The Antwerp Zoo and Planckendael have decided to no longer slaughter surplus animals, and instead to apply a no-kill policy in managing their groups of animals. It is a way for us to assume our responsibilities to society."

In the eventuality that the Antwerp Zoo and/or Planckendael should exceptionally face a problem with an animal, the charter provides four solutions:

- The animal's transfer to another zoo affiliated with the EAZA (European Association of Zoos and Aquaria), where conditions are suitable to the animal's needs;

- Placement in an enclosure in the Antwerp Zoo or Planckendael which suits the needs of the animal;

- Release into the wild;

- Placement in a refuge which guarantees good conditions for the animal.

An example to be followed

Ben Weyts, the Flemish Minister for Animal Welfare, said he was satisfied with these results: "After a constructive dialogue, the two sides have formulated a policy which undoubtedly improves animal welfare." Michel Vandenbosch concludes, “Thanks to this collaboration, animals will be spared. Despite the justified outrage of the general public, other zoos continue to kill their "surplus" animals. GAIA hopes that they will follow the example of Antwerp Zoo and Planckendael, and will also adopt a no-kill policy."

This new policy of Antwerp Zoo and Planckendael will be assessed every three years by GAIA and the Flemish Minister for Animal Welfare, with the first assessment due in 2019. 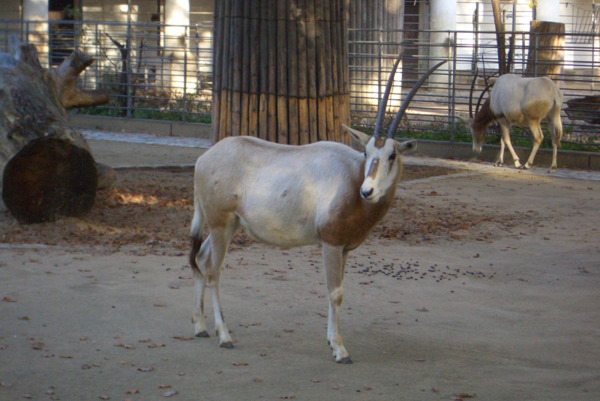